Apologies for not updating in so long - I haven’t really had much to share.

Since the last post, I’ve spent a solid chunk of time working on the Fabric modding toolchain, and I’m surprised with how the community around it has grown! Respect and gratitude to everyone who helped out, in any way - by now, there’s dozens, if not hundreds of you.

Now, regarding my other projects - the ones listed on this page, AKA “my mods”:

Charset has, unfortunately, mostly remained in place this year. Most of the 0.5.6.x line was focused on adding bugfixes requested by other players of the mod - albeit an implementation of colored slime blocks did sneak in, as did a release of some of Charset’s old-but-unfinished features to CurseForge users in the form of alpha modules.

FoamFix has received a proof-of-concept 1.14.x Fabric release. It lacks most of the optimizations present in the 1.10-1.12 releases, as those were generally specific to Forge’s patches. There have also been a few 1.12.2 updates, primarily focused around mod compatibility fixes and user requests.

Unlimited Chisel Works probably saw the most new features (or should I say “content”), with support being added for a very healthy double-digit amount of mods. Some of these came from contributor pull requests by Azmalent and IronPiston - thank you!

I have also released a new mod called “Extra Foam for LiteLoader” which coremods LiteLoader to fix a crucial bug affecting JEI and other mods, as well as experimental Fabric ports of InventoryNeko and SplashAnimation, as well as minor bugfix updates to YNot and Preston.

Now, for the future:

With Forge and Fabric’s 1.14.x releases, I have received many questions pertaining to the future of my mods after 1.12.2. After some months, I think I can officially state that I currently plan no updates of any of my mods for the 1.14.x line of versions, Forge or Fabric, beyond already existing releases.

I have no additional statements to make regarding my existing mods, but there is one more thing I’d like to bring up. I’d like to share with the world today three experimental “proofs of concept” I have developed, but never officially announced or released - in hopes that they will be of use to other developers in the modding community.

The first one is Faithless. What the mod does is automatically upscale textures which don’t match your texture pack’s size. For example, if you enable the Faithful (pun intended) resource pack, being 32x32, with some mods in your pack still using 16x16 - those textures would have been upscaled automatically. While the mod’s framework is largely complete, I have never found time to develop a satisfactory algorithm.

The second one is a bit more interesting. Let me show a screenshot: 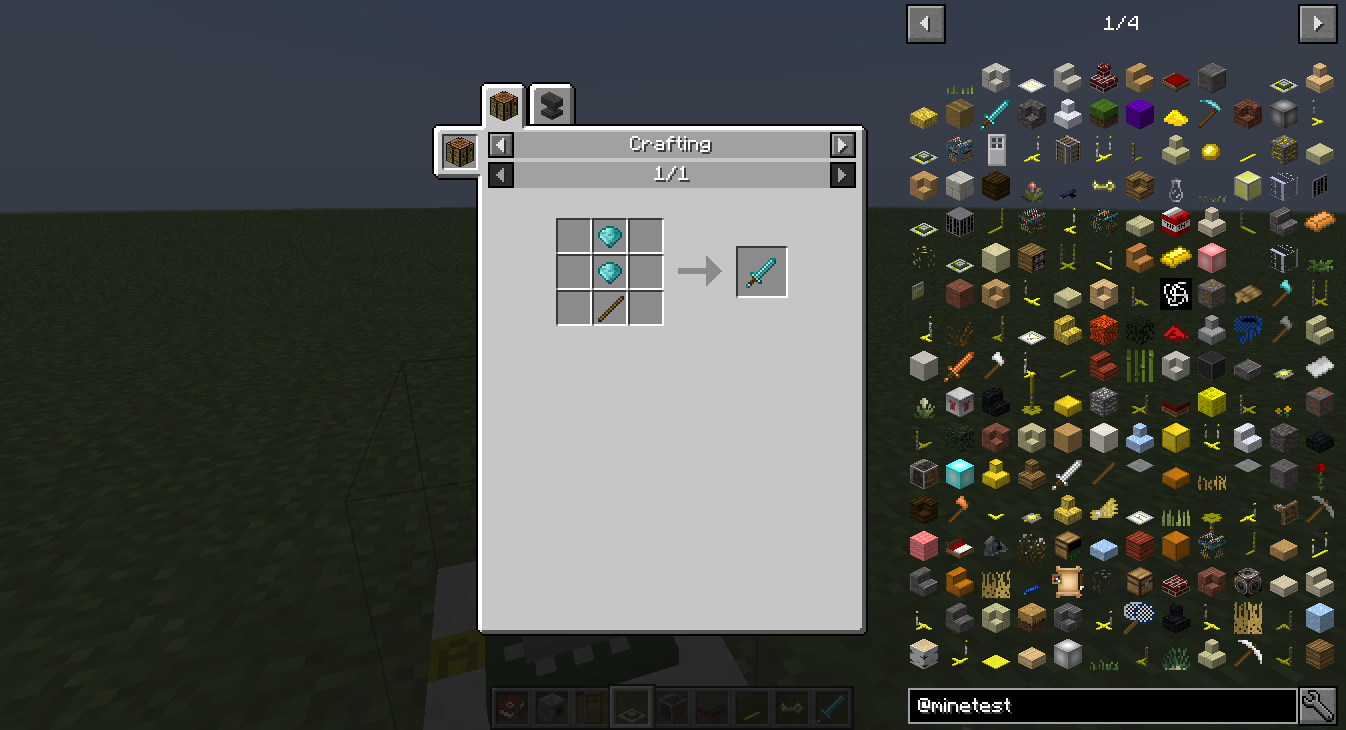 It’s called MinetestBridge. The goal of this mod was to, well, run Minetest mods in Minecraft! I didn’t get very far with it, but enough (between looking into the Minetest Lua API and implementing various aspects of it) to know that this should be largely possible to accomplish. (Of course, I would have considered doing this under Fabric nowadays, as it’s more conductive to this kind of hackery.)

The last one is a bit different - it’s not for Forge! 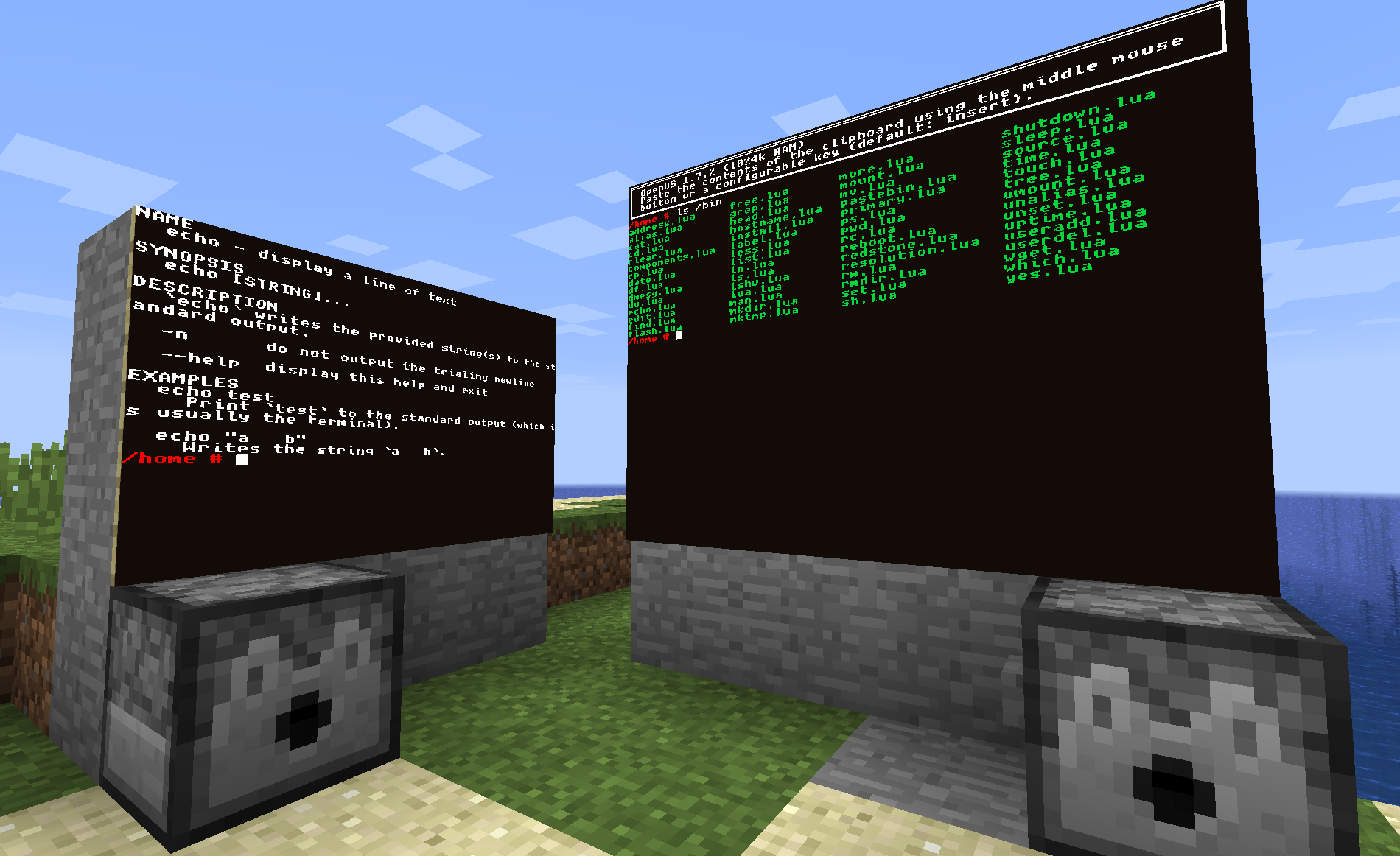 This is PaperComputers - a plugin which uses Kallisti to provide an OpenComputers-compatible computer interface in vanilla Minecraft! (Well, on the client side, anyway. Paper on the server side.) This has, again, never really left the “proof of concept” stage by the time I stopped working on it in February, and I have no idea what condition the code is in. Sorry!

Thanks for reading this far. See you later!