Today, I’d like to showcase and release a new mod. The idea for this one has been sitting in my head for a few months now - since one of my close friends pitched it to me initially in context of their modpack - but I only got around to doing it now.

The mod is called StackUp!, and its goal is to let you lift the hardcoded maximum limit of 64 items in one stack in the game. You can set it as high as you want - up to 999 million, in fact - but I recommend not going above a few million for compatibility reasons. Not that you need that many. If you want to edit stack sizes without using an external mod like CraftTweaker (or do it en masse), try this scripting system introduced in StackUp! 0.2.0.

Testing has been performed with quite a few other mods (notably Refined Storage, Applied Energistics 2, Inventory Tweaks, Charset, Iron Chests, Quark, Rustic) and no ill side-effects have been noticed (other than some minor misbehaviour with very large - hundreds of millions of items - stacks), but I can’t guarantee them not being present. The usual kind of incompatibility you might encounter will simply be the mod’s inventory or slots enforcing a stack size limit of 64 (and not accepting additional items beyond that, NOT losing them/crashing/etc.), but this can trivially be fixed - by not hardcoding the stack size value, and instead getting it from another source (say, Items.AIR, or a dummy ItemStackHandler instance) after the completion of preInit. 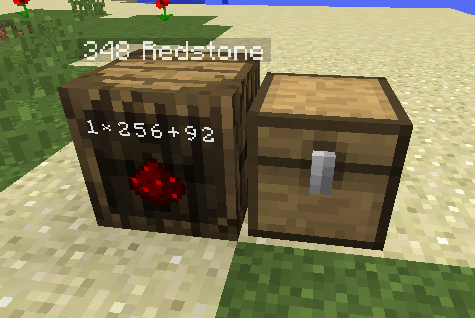 You can find the mod on the Downloads page of this website, as well as on CurseForge.