It’s been a while.

Charset’s development has gone a long way since the last blog post in January 2016. Interestingly, most of the features it was known for back in the day got dropped for a long time - until recently, that is. I’m not going to devote this post to a detailed description of all the changes since the last blog post or even the last narrated update video - there are simply too many of them. Instead, I will write about them on this blog as they receive major updates or, perhaps, in a more random order. This will take a while and I encourage you to subscribe to the blog’s RSS feed so that you don’t miss it.

Today, we’re going to look at SimpleLogic - a separate brand name to Charset’s own, as it serves as a “traditional” expansion of Minecraft’s redstone mechanics.

Charset veterans may remember that wires and gates were among Charset’s initial features in Minecraft 1.8/1.9, added not long after the item pipes. However, somewhere during 1.10, they disappeared. This is for two reasons:

However, in Minecraft 1.12, I decided to bring back the gates under a separate name: “SimpleLogic” - and, today, I also decided to finally fix most key bugs related to wires and release them as well. 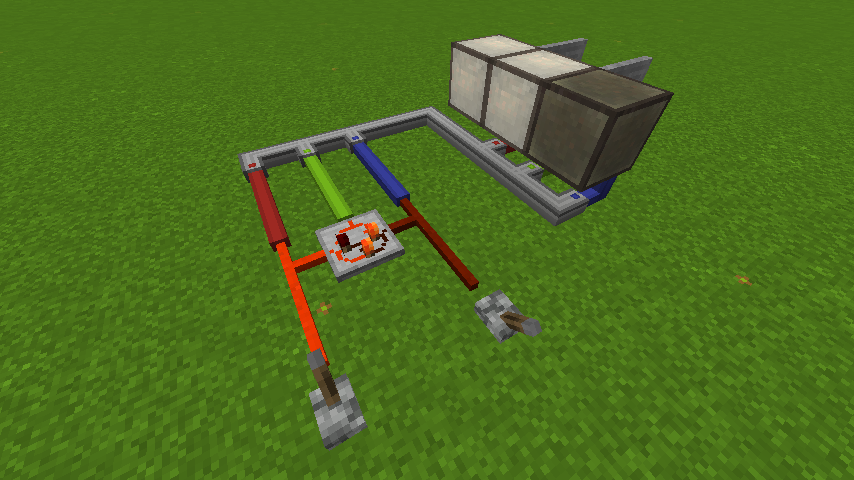 There are a few notable differences between SimpleLogic and other similarly designed mods, however. The most notable ones are:

Unfortunately, functionality is still a bit lacking. While the wires are more-or-less feature-complete (redstone, insulated, bundled), the gates have many omissions long-time modded players will quickly pick up on, as well as many features I still want to add. They will come in time, however!

You can find the two modules on CurseForge (and, soon, on this website):

PS. There were a few mods which supported Charset’s wire API back in 1.10. Work is underway to bring compatibility back to them.